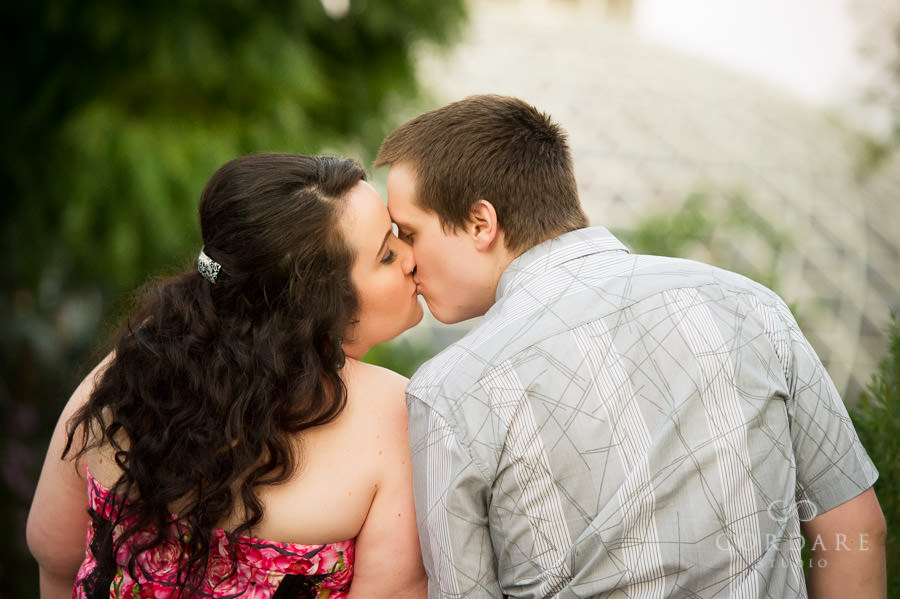 Ashleigh and Ben met at a mutual friend’s party. Ashleigh was instantly drawn in by Ben’s electric blue eyes, down to earth personality, and sense of humor. Sparks flew between the pair who shared similar taste in music, and a love of computer games. Their love blossomed quickly, and soon they were living together.

Ben proposed during the the Christmas holidays, the couple had booked a romantic night away in a bed and breakfast on Mount Tamborine, complete with spa bath and magical views. As they sat out on the deck watching the sunset, Ben suggested they go for a drive, and the pair ended up at the Mount Tamborine Botanic Gardens. As they walked around the Japanese Gardens Ben took the opportunity of a momentary glance away, to get down on one knee. Ashleigh said that it was the perfect proposal and one of the best days of her life by far! The couple have chosen to get married at Mount Tamborine in September next year also.
The couple booked us to do their engagement session at the Mt Coot-tha Botanic Gardens. The location was perfect as it resembled the Japanese Gardens where Ben had proposed. Ashleigh wanted to use an image from the shoot as her save-the-date, so we set up a shot with her engagement ring in focus in the foreground, and the couple blurred in the background.